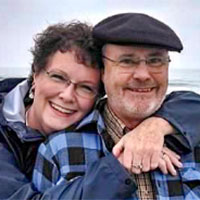 He is survived by his soulmate Karen Parker of Taylors, South Carolina, son Edward Allen Woodford, Jr. of Greer, South Carolina (Amy Hickman) and two daughters, Sandra Lyn Wheeler of Knoxville, Tennessee and Tiffany Woodford Diaz of Powdersville, South Carolina, four grandchildren and four great-grandchildren. He was born in Auburn, New York November 17, 1945, the youngest child of Claude and Jane Woodford.  He attended high school in Skaneateles, N.Y. where, among other things, he played on the school basketball team and was in the Drum Corps.

He got down to the South as soon as he could, attending college at the University of Tennessee in Knoxville.  He graduated with a Bachelor of Science in Industrial Engineering in 1969 and spent the majority of his career at Michelin where he retired in 2002.

Ed was an active member of the Greenville Unitarian Universalist Fellowship and gave of his time and talent helping the church with finances, capital projects, and any other needs.

Ed’s greatest loves were the Tennessee Volunteers, coin collecting with his numismatic buddies in his local club, dabbling in the stock market, spending time with his children and grandchildren, meeting up with friends to raise a glass at California Dreamin’ and Rafferty’s prior to the fire, meeting up with the guys at Universal Joint on Thursdays, fast cars and traveling the world with Karen.

Many members of the UU Fellowship have fond memories of Ed.  One member, Sabrina Walker, described him as an extremely kind man who always wanted the best for everyone.  Another member, Carole Lavash, worked with Ed at Pygmalion after he retired from Michelin.  Knowing Ed was an avid coin collector, Carole showed him a 1955 double struck penny.  Ed told her it was probably worth $950 and he took it to a coin show for her to get a valuation and possibly sell it.  When he came back, he told Carole, “The bad news, Carole, is that it is not worth $950, but the good news is – it is worth $1,000 and [the dealer] bought it from me.”  Another member, Lori Morton, who worked with Ed at Michelin, remembers that he always had a great sense of humor.

Ed’s close friend, Bo Boghani, had many fond memories of Ed from working with him at Michelin and at the Fellowship.  Bo states, “[Ed] was a thorough and dedicated engineer.  I remember attending his retirement party at Michelin.  He was exceptionally good at what he did.  A few years later, in May 2001, he joined GUUF.  He immediately started volunteering with the Ways and Means committee and assisted in fund raising events.  [For a number of years], he served as Treasurer for GUUF, one of the important and time-consuming responsibilities.  Here again, he was very thorough.