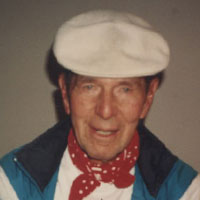 He retired from the US Air Force. His flying career started early and he “flew the hump” in the early 40’s in support of Chinese National Chiang Kai-sheck and the Flying Tigers. During WW2 he rose to the rank of Colonel.

The Hump was the name given by Allied pilots in the Second World War to the eastern end of the Himalayan Mountains over which they flew military transport aircraft from India to China to resupply the Chinese war effort of Chiang Kai-shek and the units of the United States Army Air Forces based in China. Creating an airlift presented the AAF a considerable challenge in 1942: it had no units trained or equipped for moving cargo, and no airfields existed in the China Burma India Theater for basing the large number of transports that would be needed. Flying over the Himalayas was extremely dangerous and made more difficult by a lack of reliable charts, an absence of radio navigation aids, and a dearth of information about the weather. But it was successful because of the dedication of American and British flyers and countless others.  Complete Wiki info here: https://en.wikipedia.org/wiki/The_Hump 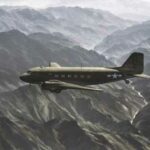 He was born in Westerville, Custer, Nebraska on 5 Dec 1911 to William Gideon Forwood and Clara Elise COPSEY.  He married Nancy Elizabeth Hendrie and had 2 children.   In his 80’s he worked for the state of South Carolina as a right-of-way agent. He was a member of the Greenville Unitarian Universalist Fellowship.

Surviving are a son, Peter J. Forwood of Greenville; three daughters, Nancy Ann Morton of New Bern, NC, Joyce Elizabeth Czajkowski of Alexandria, VA, and Mary Jane Lee of Bluemont, VA; two sisters, Anna Stager and Maybelle McTighe, both of Spokane, WA; nine grandchildren; and two great-grandchildren.  (We could not find a picture of Colonel Bill, but this image of one of the WWII planes flying “the Hump” seems appropriate until we find a portrait.  Also, our first permanent location was on Buist Ave. and the house was sold to the fellowship by the Forwoods, so he certainly was one of the founders of GUUF.)