We are currently OPEN for SUNDAY SERVICES with masks required in the sanctuary. Or catch the livestream by clicking on the link in the yellow "Next Service" block below. Coffee hour after the service, masks optional. We hope you will join us! CLICK HERE for the latest information and updates from the COVID19 Task Force. 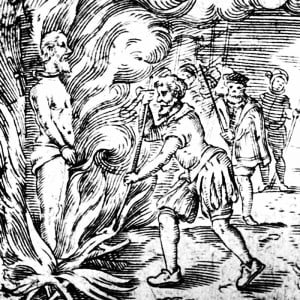 Although Unitarianism did not appear as an organized denomination in the U.S. until the 1800s, Unitarian ideas have been around almost as long as Christianity itself. Come learn about some of the early heretics and reformers whose thoughts and writings helped inspire the beginnings of European Unitarianism.

In-person with Rev. Chris Hockman, Dionisio Camacho and Anna Crow. The service will also be streamed on YouTube (not Facebook) and can be found by following this link.