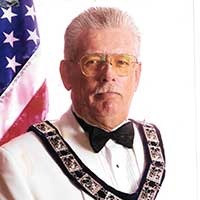 Henry Franklin Howard, 82, of 104 Brandi Starr Ct. in Greer died Tuesday, November 1, 2016 after a brief illness. He is survived by his wife of 34 years, Sandy; his three sons: Patrick, Michael, and Thomas, two daughters-in-law, Yolanda and Maureen; three grandsons: Andrew, Christopher, and John David; a great granddaughter, Madison, a second great granddaughter, whose arrival is set for any day now, and will be named Caroline, sister Jane, and brother “Mike.” He was an active member of the Greenville Unitarian Universalist Fellowship.

He was born January 3, 1934 in Columbus, OH and moved to Hollywood, Florida at age 12.  He went to S. Broward High School, was in the band and on the basketball team. He and his three siblings lived on a sailboat, which he admitted would have been a lot more fun had the boat not leaked.

Pat was in the army military band and was part of the peacekeeping operation following WWII. He loved jazz music and played the string bass (stand up bass). He was an athlete who loved golf, sailing, cycling and fishing. At age 75, he even rode in a 150-mile race/fundraiser for multiple sclerosis on behalf of his daughter-in-law, Maureen. He has several godchildren of Filipino ancestry, who, along with many other family friends, referred to him as “Uncle Pat.”

Pat worked in computers at Eastern Airlines for 27 years. He was an active member of the Elks Club (BPOE – Benevolent and Protective Order of the Elks) and attended the national convention in Indianapolis last summer.

Pat’s body will be given to Anatomical Gifts of The Carolinas for use in medical training. His ashes will be returned to his family after two years, therefore there will no service in the memorial garden today.