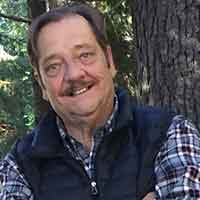 Roger passed away on December 19, 2016 surrounded by his loving family.

He was born and raised in Greenville, SC. He grew up with two older brothers, his father, who worked for the railroad and his mother, who committed suicide when he was nine years old.

After graduating from high school, Roger began working for the railroad like his father.  He worked for five years as a trainman before eventually shifting to clerical work and relocating to the superintendents office as a clerk. He worked for the railroad for twenty-seven years, but in the latter years of his tenure there, it had become his job on the side.

Instead, Roger devoted much of his adult life to union work, social activism, and community organizing.  While working for the railroad he became heavily involved in union leadership, serving as local chairman and became a major fixture in local union organizing. In the 1990’s, he served as State Legislative Director for the Transportation Communications International Union (TCU) and was committed to legislation and public policy.  In fact, he even ran for State House in 1990.

Over the last couple of decades, Roger devoted his professional life to advancing social justice through his work with non-profit organizations and low income communities. He worked with Carolina Alliance for Fair Employment, South Carolina Fair Share, and other local entities of social activism that fought for equity.

Roger has served on several boards and commissions of the state throughout his career, including the Funeral board and the South Carolina Perpetual Care Cemetery Board. More recently in his career, he was devoted to environmental justice and served on the State Executive Committee of the Sierra Club.

Roger retired from the railroad in 1996 to devote his time to his political, non-profit and community work. Roger married his first wife, Memory, when he was in his mid-twenties. Memory’s daughter, Erin, was three years old when the two first met and she grew up with Roger as her father.  Memory and Roger went on to have another daughter named Megan.

When their two daughters were grown, Roger and Memory eventually divorced and more recently in his life, Roger met his current wife, Susie. The two have been together for six years and married just over a year ago.

Roger has left a legacy in his community as a passionate social activist who committed his career to the fight towards justice and equity. He was very liberal and spent much of his life working amidst right-wing folks who outnumbered him. He firmly believed, however,  that through collective effort, change can be accomplished.  This was at the core of his spirit, and as he so aptly proclaimed, “I’m a fighter.”