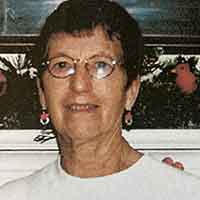 Nancy Ruth Taylor Bell (Ma Bell) died peacefully Saturday, November 21, 2020, in Charleston, SC. She was born on March 24, 1930, in Greenville, SC, to Eran Medlock Taylor and James Roy Taylor. She was preceded in death by her parents, husbands, three brothers and one son.   Surviving are her brother Frank Taylor (Lynda), her sons Daniel Lee Kestner and Gary Lynn Kestner (Janice), daughter-in-law, Merry Kestner, four grandchildren and twelve great-grandchildren.  She is also survived by her longtime companion, Ralph Hocking and numerous nieces, nephews and their children.   Ma Bell was raised in Woodside Mill Village on 7th Avenue and graduated from Parker High School.  She worked at Michelin for over twenty years and retired from there, twice. She was loved and respected by her colleagues, many of whom became lifelong friends.

Nancy didn’t have hobbies, she had passions. They were baseball, running, hiking, camping, traveling, cooking, hosting gatherings and, her deepest passion, her people. At fifty years old Ma Bell joined the Greenville Track Club and started running competitively. She ran countless races including several marathons all over the U.S. and in London. She placed first and set records in her age group in the majority of those races. One of her most incredible records in running was when she finished first in her age group (65+) for the Pikes Peak Marathon in Colorado. She received a Life Member Award for Extraordinary Service from the GTC. She also learned to ride a bike during her fifties and along with her friends, loaded with camping gear, bicycled from Greenville to Hunting Island, SC several times in the summers.

Ma Bell’s baseball team was the Braves, but she became fully invested in the Greenville Drive team. Through her friendship with the batting coach who was her neighbor, she became the unofficial “Team Mom” and baked goods for the team. She knew everyone at the stadium and was even invited to stand proudly with the team during the National Anthem at a home game.

She hiked in the Swiss Alps with her son Gary and hiked in Glacier National Park with her other son, Dan. She traveled to Thailand for a month-long adventure with some Thai friends she had met in Greenville. Ma Bell showed her love through food and if she really loved you, you knew exactly how amazing her fresh baked handmade biscuits tasted! She loved her family and friends dearly and never missed an opportunity to tell them so. She is sorely missed by us all.