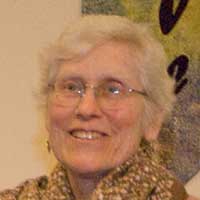 Martha Alice Colquitt Baron of Greenville, South Carolina, passed away on October 29, 2011. She was preceded in death by her husband of 44 years, Rinehart Baron, in 2009 and daughter Melanie Baron-Alpert in 2011. Mrs. Baron was born on July 28, 1934 in Brooklyn NY. and grew up in Thomaston, GA.

She was a 1956 graduate of Emory University School of Nursing. She moved to Greenville from Glen Head, NY in 2005 to be closer to her family.

She is survived by one daughter, Erika Baron-Pretell who with her husband, Eduardo and two children, Sofia and Marco, resides in Redwood City, California; two other grandchildren, Alex and Adina, who reside with their father, Richard Alpert, Jr. in Greenville.

A memorial service will be held on November 5 at 1 p.m. at the Greenville Unitarian Universalist Fellowship, 1135 State Park Road, Greenville, SC.

Martha’s wish was that in lieu of flowers, contributions be made to Emory University School of Nursing, Lutheran Hospice, Greenville Unitarian Universalist Fellowship, Oxfam America or Heifer International.