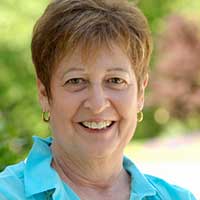 Barbara was a beloved long-time member of the fellowship.

Barbara was born in Brooklyn, NY, the only child of Solomon and Rosalyn Tomberg. She grew up in California and lived in both Seattle and Chicago before settling in Greenville in 1979. After her divorce from John Della Maggiora, the father of Paul and Jeff, Barbara put herself through trade school to become a court reporter while a single mother of two. Over time, her competence and work ethic helped her become one of the leading court reporters in the Southeast, including being the sole court reporter in South Carolina authorized to work on critical federal cases.

Following the death of her second husband, Robert Gill, she retired and found that some of her best years were still ahead of her. Always active and involved in the Unitarian Universalist Fellowship, Barbara took classes at OLLI, traveled, and volunteered as a guardian ad litem. She conquered cancer twice before finally succumbing the third time.